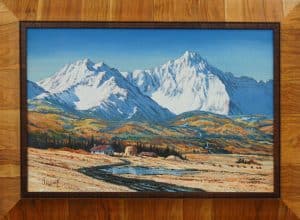 Kerswill was born in England in 1925.  He studied at the Plymouth and Bristol Schools of Art.  After the Second World War he traveled around Europe painting before traveling to Canada. After he and a friend canoed from British Columbia into the US he eventually settled in Jackson Hole, WY as he loved the scenery in the Western US.  He painted many pictures of the Tetons, this being one of them.

It’s rumored that Kerswill spent some time working in Denver.  Interestingly, the original stretcher bars on this painting are from Meiningers in Denver. 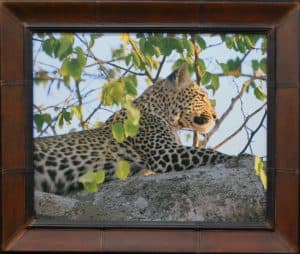 The photograph was printed on aluminum and is framed in a leather frame made in Peru.

Photograph of a male leopard cub in a tree catching the last rays before sunset.  The photograph was taken in Sabi Sands, South Africa.  Sabi Sands is one of the private reserve areas in the Kruger National Park. Will is a young, local guy who had his first ever show at AUM and it was one of the most successful we hosted.   His watercolors are amazing.

Trevor owns a couple of Will’s pieces and bought this one for the gallery.

Yes, you are correct in thinking that the art is not mounted in the center of the frame.  This was done deliberately for effect.  If you like the piece but don’t like the effect we can re-mount and center the art. Russell Chatham was born in San Francisco in 1939.  He is a self taught painter and is the grandson of the landscape painter Gottardo Piazzoni.   Chatham began exhibiting his work in 1958 and has had one man shows in Aspen, Santa Fe, and Denver.  He’s had hundreds of shows throughout the US, Europe, and Asia.  He began making prints of his work in 1980 and is regarded as one of the world’s foremost lithographers. 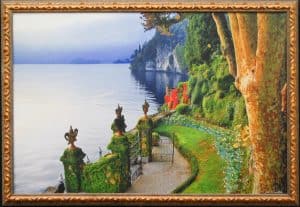 The two stadiums (Invesco and Mile High). August 25th, 2001.
Framed in one of our custom steel frames. 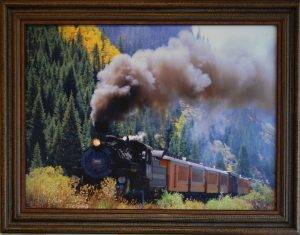 Photograph of the Durango and Silverton Narrow Gauge Railroad’s engine and rolling stock steaming through a valley. 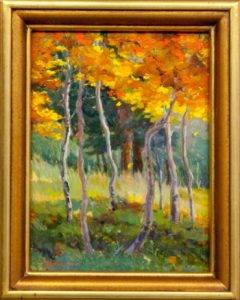 Oil on board framed in a custom gilded frame. 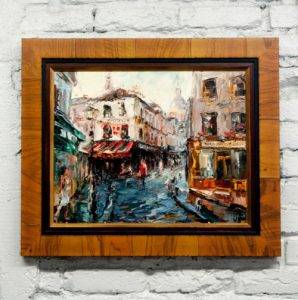 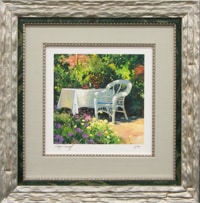 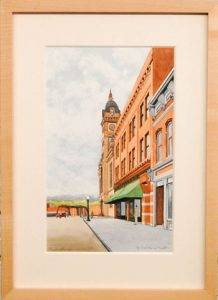 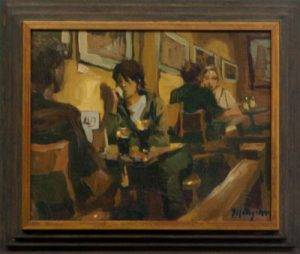 now known as the “painter of chefs”.

Oil on canvas in a step frame. 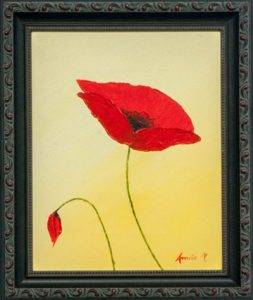 We also feature ceramic and bronze figures and masks from Denver artist Penney Bidwell.   Take a look here for a selection of her works.